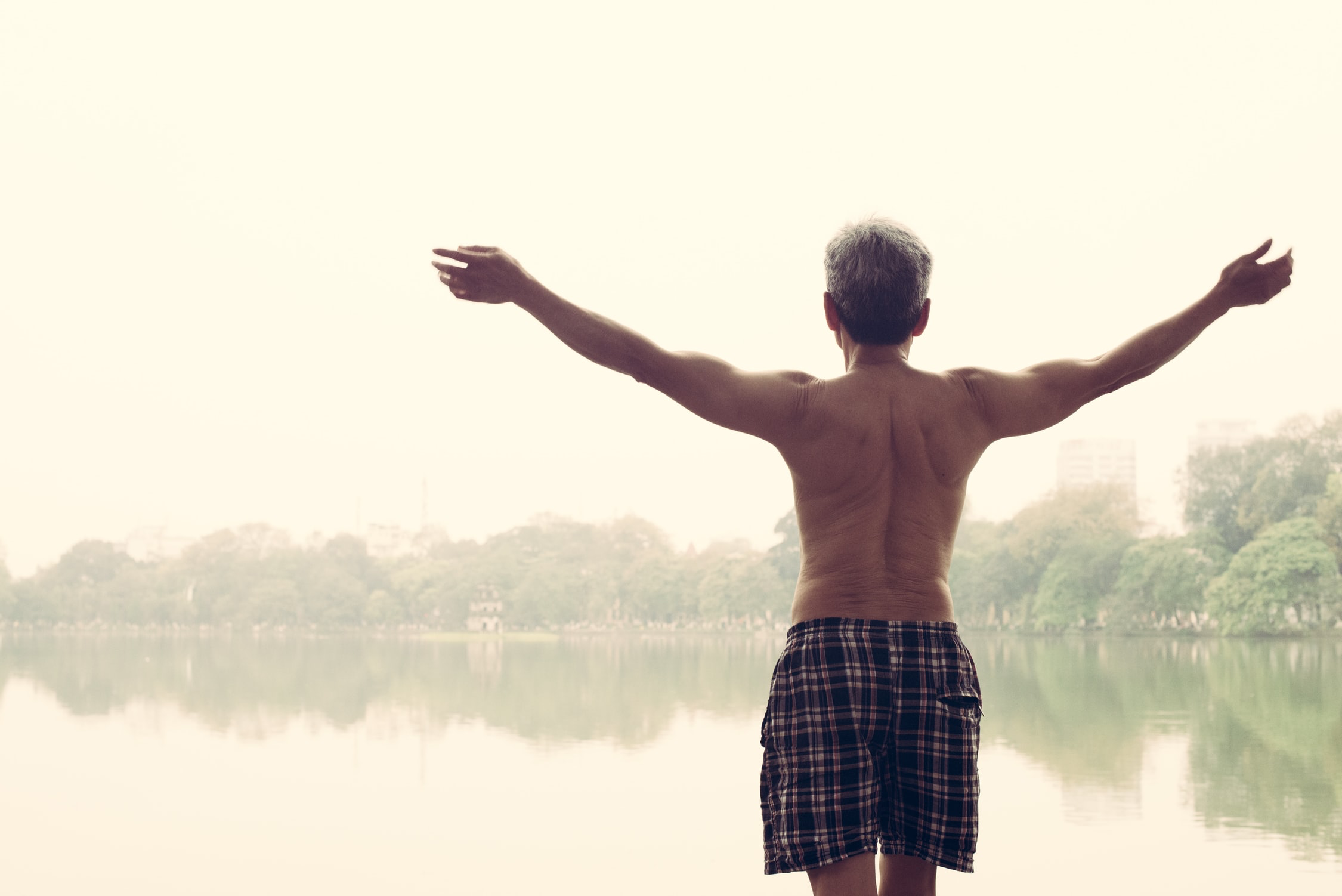 Spotlight on… Osteoporosis: Future-proofing our bones against ageing

Osteoporosis is a common condition that affects our bones making them weak and fragile with an increased risk of fracture. Despite being thought of as mainly occurring in women, osteoporosisoccurs frequently in men too. But the good news is that lifestyle choices are the number one factor in ensuring your bones stay healthy and strong long into old age.

According to recent statistics from the International Osteoporosis Foundation, worldwide, 1 in 3 women over the age of 50 years and 1 in 5 men will experience osteoporotic fractures in their lifetime.

Osteoporosis is often referred to as the “silent thief” as it can leech calcium from our bones for years and only manifests as painful when a fracture occurs. The stage before osteoporosis, called osteopenia, occurs when the bone density is lower than normal but not enough to be classed as osteoporotic. This is often picked up on x-ray as an incidental finding or by routine assessment of bone density using a dexa scan.

The hip, wrist and spine are the most commonly affected areas due to the higher forces travelling through them, especially following a fall. Although bone pain is rare in the absence of a fracture, once a vertebral body (bone of the spine) has fractured it often leads to chronic, persistent lower back pain and is a significant cause of disability. This can occur spontaneously due to the general loads that go through the spine during day-to-day movements. Chronic pain can then lead to a progressive loss of independence and the need for long-term care, especially in the elderly.

Falls leading to fractures also lead to a vicious cycle whereby the elderly person is so fearful of falling gain that they reduce their activity levels and begin to rely heavily on walking aids. This reduced activity leads to weaker bones and a greater chance of falling as their balance also reduces through lack of use. Hence repeat falls and fractures are more likely.

The good news, though, is that bone regenerates throughout life. Bone remodelling involves the removal of older bone to replace with new bone and is used to constantly repair micro-fractures and ensure a healthy skeleton. The amount of bone being removed (resorption) should exactly equal the amount of new bone laid down. As we age this ratio changes such that bone breakdown is greater than new bone formation, but the rate at which this changes is related to many factors that are within our control (see later).

Bone relies on ‘piezo-electric forces’ travelling up and down the bone every time we come into contact with the ground, pick up an object or simply tense our muscles. These forces are like mini bursts of static electricity that jolt the bone cells (called osteoblasts) into action to lay down more bone. An astronaut in space can lose up to 10 % of their bone masswithin 6 months of being in space and can take 3-4 years to rebuild. This is due to the effect of gravity and the lack of stimulation to bone cells.

The elderly aren’t the only ones at risk

Whilst bone density reduces as we get older, it is vastly accelerated in people who do little to no exercise. It is also greater in smokers and, particularly in men, those that regularly drink large amounts of alcohol.

Diet is also known to effect bone density, with green vegetables and dairy products known to be rich sources of calcium, the mineral that makes our bones tough and strong. Vitamin D from foods such as mushrooms or oily fish (and converted by sunshine!) is also essential in helping absorb calcium from our diet. Effects have also been hypothesised for protein, saturated fat, phosphorus, vitamin C, sodium, and several trace minerals, including manganese, zinc, copper, and silicon.

But recent research suggests that the link between the food we eat and the strength of our bones is not necessarily as straight forward as we might think. In the Framingham Osteoporosis Study, one of the largest studies to date, researchers identified six common dietary patterns amongst older adults, with relatively greater proportions of calories coming from the intake of meat, vegetables, fruit, cereal, bread, sweet baked produces, sugary sweets and alcohol.

Unsurprisingly, those whose diets were high in fruit and vegetables were associated with high bone mineral density (BMD). What was surprising was that those who ate a lot of sugar and baked products had the lowest BMD in both men and women. So, it seems that vitamins and minerals alone are not enough to build strong bones, but we also need to cut out foodstuffs that deplete our calcium resources. Another surprising finding that will please women who enjoy a frequent glass of wine was that high alcohol consumption was found to be protective to bones! This is thought to be due to alcohol converting testosterone (which increases in post-menopausal women) into oestrogen, which increase bone mineral density.

So what can we do to strengthen our bones?

Well, to start with eat lots of fresh green vegetables and fruit and cut down on sugar intake. Cut down on smoking and drinking (for men). And then dust off your walking boots or your gym shorts and start getting active. And even better, do it outside when the sun’s shining!

Exercise to strengthen bones and correct poor posture will also give you a head start in keeping your bones strong and healthy. Yoga and Pilates have been shown to increase bone mineral density with back extension and rotation exercises increasing the load through the spine in a controlled fashion. In fact, as little as 12 minutes of yoga a day can reverse bone loss that has reached the stages of osteopenia and osteoporosis as well as reduce the chances of falling.

(A word of warning here, there are several accounts of high-intensity exercise, including yoga, leading to fractures of the spine in susceptible people, but these are very rare and dwarfed in significance by the protective effect of exercise. If in doubt, go slow and build up.)

Improve your balance by undertaking gentle, mindful exercises such as Tai Chi or dancing. Tai Chi has been shown to improve balance and strength and reduce the number of falls in elderly in as little as six months of practice. It has also been shown to significantly improve bone mineral density. But these effects only last as long as you continue practicing so be sure to make this part of your weekly routine!

Manual therapies, like osteopathy, can also help to improve postural alignment, back extension and improve muscle activity. Back pain commonly prevents people from exercising freely so seeking expert advice and getting help to relieve the pain will allow you find an exercise regime you enjoy

But most of all make it fun and social – starting new activities with a friend or meeting people at a class are much more likely to see you continue and make it a lifelong habit.

Core Clapton runs donation-based classes for the local community. Visit our website or call 0300 5610 161 to find out more.

For any concerns relating to aches and pains or if you would like specific exercise advice, ask to speak to one of our osteopaths or book an appointment online.

A vision for a pain-free world | It was whilst lecturing at the University College of Osteopathy and working as the principal Osteopath for Goldman Sachs that I decided to set up Core Clapton with the backing of Bobby Vedral, then one of my patients and a Goldman Sachs Partner. He shared my belief that Osteopathy was not just for the wealthy. So began our mission to make Osteopathy accessible to all, and our vision of building healthy, activecommunities, free from pain. Our dedicated team is advancing Osteopathic healthcare by treating holistically and regularly holding seminars for healthcare practitioners and wellness professionals. I am proud that Core Clapton has evolved into a wellness centre, helping nurture a community that is free from pain.