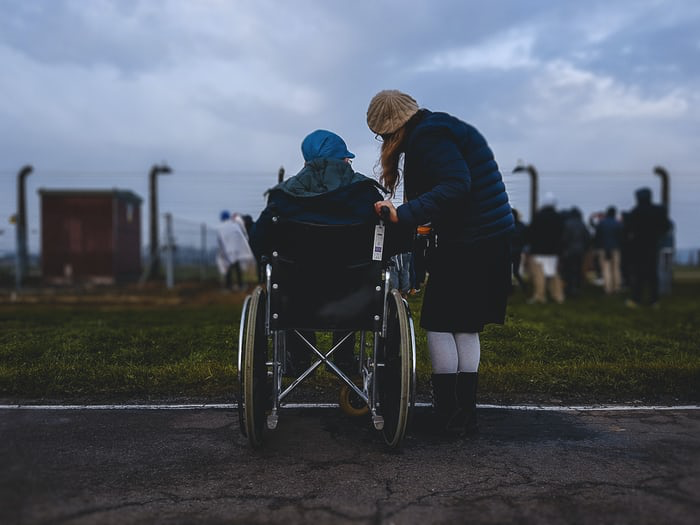 Osteopathy for Carers - the great relief!

In recent months, Core Clapton has decided to give back to those in the community who already give a lot themselves. Core Clapton offered twenty-two Hackney carers with knee or hip pain six free osteopathic sessions to help manage their symptoms and improve their quality of life.

Stephen, referred to Core Clapton by City and Hackney Carers Centre, is one patient who benefited from the scheme.

Stephen, a carer in his sixties, first came to Core Clapton in February. He was experiencing pain in both his knees. Stephen had to spend a lot of time walking each day - sometimes up to two hours at a time - running errands for his work. He was finding it increasingly difficult to work because he was in pain. Stephen's sleep was also affected, meaning he wasn’t getting adequate rest. The pain was also preventing him from engaging in further physical activity, which was important to him, as he was keen to lose weight.

Osteopathy? That’s worth a try

Stephen originally visited his GP for his knee pain and was given an injection. Unfortunately, the injection didn’t help. When he was offered free osteopathic treatment at Core Clapton, he felt that it was worth go. Especially considering that osteopaths use a totally natural approach, using their hands to make changes, with hardly any adverse side effect. Fortunately, Stephen has not regretted his decision.

Stephen had six treatments over two months at Core Clapton, including hands-on treatment as well as lifestyle and exercise advice. During this time, he has experienced significant improvement. Sometimes this is what we need: a person that believes in us and pushes us to finally pick up all those healthy lifestyle changes that we just could not get around to do by ourselves. In Stephen's own words, “the pain has gone down to a manageable level - I can walk a lot better, I am sleeping a lot better… I can now walk for a lot longer; I can stand for a lot longer”.

Prior to his last visit to Core Clapton, Stephen had a follow-up appointment with his NHS orthopaedic consultant. The consultant decided to discharge him with no further follow-up, due to his significant improvement in pain. The osteopathic team was even thanked for the treatment provided in his discharge letter!

At the time of his last treatment, Stephen was feeling much better. He felt so positive about how he was feeling that he was keen to start swimming to help weight loss - something he had felt unable to do before because it brought him too much discomfort.

The carers' project at Core Clapton is now over. We’ve had some really positive outcomes and feedback from the carers' community, which we have published in our case-study. We were able to show with our study that osteopathy is a successful, cost-efficient and time saving method for treating chronic pain. This reinforces our belief that osteopathy should be accessible for all. We will tirelessly work towards this aim.

A vision for a pain-free world | It was whilst lecturing at the University College of Osteopathy and working as the principal Osteopath for Goldman Sachs that I decided to set up Core Clapton with the backing of Bobby Vedral, then one of my patients and a Goldman Sachs Partner. He shared my belief that Osteopathy was not just for the wealthy. So began our mission to make Osteopathy accessible to all, and our vision of building healthy, activecommunities, free from pain. Our dedicated team is advancing Osteopathic healthcare by treating holistically and regularly holding seminars for healthcare practitioners and wellness professionals. I am proud that Core Clapton has evolved into a wellness centre, helping nurture a community that is free from pain.