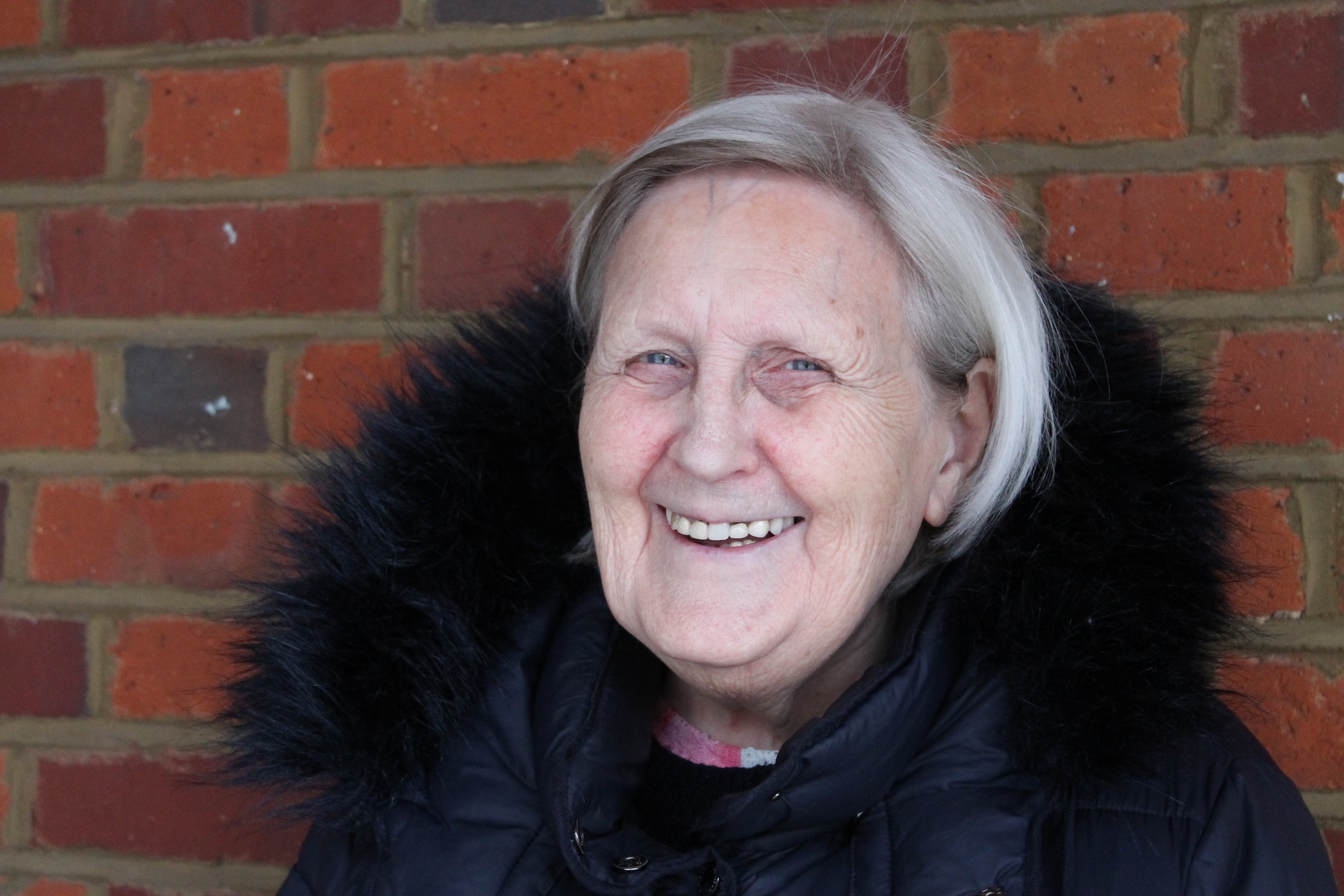 “I lived in Hackney most of my life, Homerton to be precise. After school I was not really qualified to do anything, so I picked up dry machining but that did not work out… I was too slow. So, I went to work in a shop in Oxford street, and there I met my husband. We met over Christmas holidays and got engaged on my mother’s birthday 1966, I was filled with joy.
A year later our son Adam was born, we moved to Kennington to his brother’s house, but we ended splitting the year after. He did not want to carry on. He did want to wait five years before an official divorce though… you know, maybe he’d change his mind. I was not having it: “you want your freedom, so here it is”, I told him.

‍
Adam and I ended moving back with my mum and brother in Hackney. I brought my son up on my own, he went to school and was very bright, he was going to head to college in a few years. It was senior school’s half-term when Adam started having pain in his leg. I took him to the doctor, had an x-ray and the next day we found out he had bone cancer… Ewing’s sarcoma. We stayed positive and got on with life. Luckily, they had a cure and Adam was able to go to college at the National Star Centre in Cheltenham, we were very happy.
That same year the college called me, Adam was very ill… we went for a check-up at the hospital that Christmas and they told us he was going to die. Secondary cancers were spread around his hip. 29th of August Adam died in his bed, at home with me. I organised his funeral and all that... but I felt nothing was left for me to live for. 'Adam’s gone, I might as well crawl in a whole and go with him'.

‍
A few months later a friend invited me to a Buddhist meeting, ‘why not?’ I thought... I had never seen so many women in one room. Chanting, sharing their feelings. I felt as if I was floating above the room. It was the most amazing experience of my life. Finally, I knew there was something still worth living for… I was going to do this for myself, Adam, the whole world.
I learnt to take responsibility for my life. I stopped looking for support in the outside, fighting, arguing and feeling resentment. I learnt to seek within. Thirty-two years later, I am still practicing my Buddhist faith, I chant, pray and enjoy the choir. I feel I have so much to look forward to...

Singing has always brought joy in my life... it is my way of connecting with something greater, of feeling good about myself. I joined the singing group at Core Clapton and every Friday, without a miss, I am here sharing with others this joy. Then I discovered they also do Osteopathy at prices I could actually afford. I‘ve had lots of aches and pains and I wasn’t getting anywhere... so it was the right time for trying osteopathy. And it came at the perfect time because I was also having trouble with my balance and it was affecting my mood as I want to go out, join the choir, enjoy myself. I’ve been seeing Lisa and it has been a great help, my muscles feel relaxed, I move better, and my mood is high again. I cannot recommend Core Clapton enough, it got me to a brighter place mentally and physically."