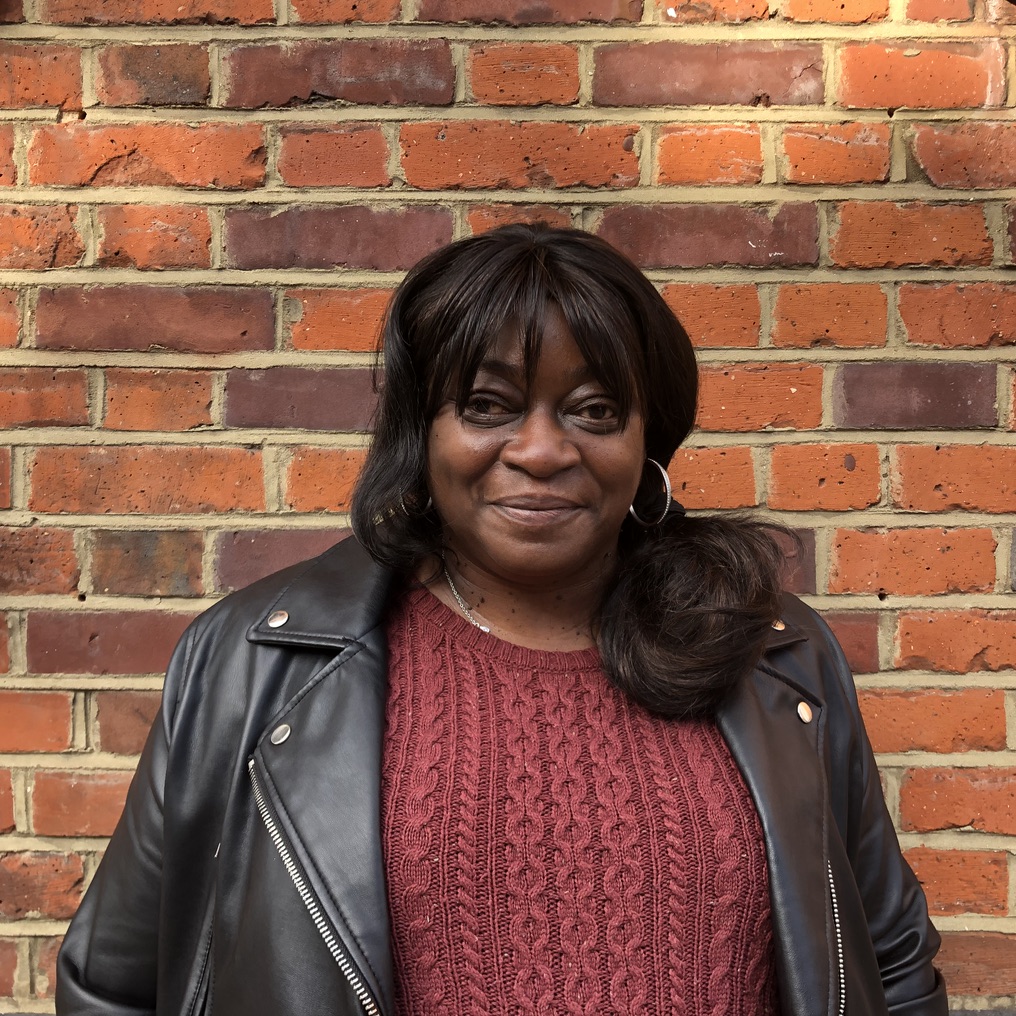 “I was born in Hackney in 1966 and since I was 6 months old I have always lived in the same home. Over the past 50 years I have seen many changes, for the good and the bad. There were a lot of tensions in my community as I was growing up. Black and Jewish people were settling in, the National Front did not want us here and the police were generally dormant about it. There was a lot of trauma in my early years, physical and mental, and I soon learnt I had to fight to survive. I turned very angry and rebellious, I was expelled from 4 different schools and lacked good schooling.

But my life changed when I was 21. I had a spiritual experience, became a christian and applied for a place in university. Liverpool University accepted me to research the reasons that led black women to return to education. I then took a Bachelor of Arts in English language at Essex university and followed by taking a masters in social work. For the next 15 years I have worked as a social worker. I have stood with those left behind, fought for a fairer society and battled to put an end to the inequalities that have crippled my community.

I worked until 2007. That’s when I had a routine operation after which, unfortunately, I developed blood clots. The clots started running through my vessels and a few months later I suffered a stroke.

My first thought after the stroke was: “I am going to beat this and be back on my feet”. But as time went on and no change happened, I began to despair. I started feeling as if there was no hope of recovery, no future for me. Everyone’s close to you in the beginning, work colleagues and friends, but as things don’t improve, when you’re at the lowest and really need the support, they all start drifting off. It impacted me badly… for a long time I felt I was only seeing carers day in and day out. I felt I was lacking social stimulation. I went from being a social worker to having no social life whatsoever.

The less you're able to move, the more you grow in pain. Strokes don’t just make you disable, you also suffer unbearable pain - I couldn’t bend or walk any distances without a wheelchair. Conventional medicine never offered anything aside from drugs that would mask the pain. No plan for the future, nothing aimed at making my body actually stronger, more able. Everything has always been temporary, not lending any hope for the future. And during lockdown things felt even worse. I felt desperate and lonely - I’ve faced real darkness.

Seeing me in this place, my Social Prescriber suggested I’d receive some osteopathy at Core Clapton. I didn’t have high hopes, but decided to try nonetheless. I met Churchill, my osteopath, and for the first time since the stroke, someone took time to feel my body and the area in pain. During a treatment session my body would be manipulated in a way that would make me feel looser afterwards and more confident to move. We would also do exercises together which was useful because I was guided and corrected if I did something wrong, and felt I could do them by myself once home.

I think the biggest difference is that before getting osteopathy, pain would make me very low, depressed and frustrated; now I can remember to breathe through the pain, accept that it is temporary and I have to work with it, whilst in the meantime do some of the exercises that I know will help me. I feel calmer, more in control, it is a massive shift. My family and friends have noticed the impact. I also started writing again and doing voluntary work in my community. That’s been a major shift, I need to thank Core Clapton for the opportunity of getting free treatment. It’s been life changing and many more should be granted this opportunity.”