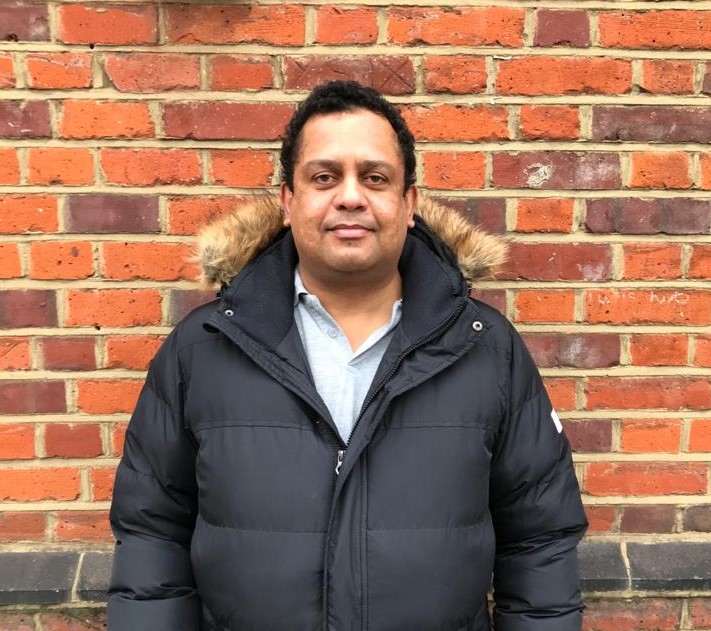 “After years of serving this country, I really felt lost and in pain…I was born in Guyana in 1978. After school, I joined the local police but I soon needed a challenge, something that could push my body further. We do not have a proper army back home but we have the Guayana Defence Force and that was the natural progression...  Every five years the British Army would come to our jungles, join the Americans, and we’d train together in the forest. By the end of it, the British army had selected me to join them. Why not? I told myself, as I set out to reach the British soil. Army training was brilliant, I felt so fit and so ready to fulfil my duty, then Iraq came... the general rumour was that things were pretty quiet down there, but, as it happens, we were deployed and all hell broke loose. Soldiers were dying everywhere, it soon became a survival game. You’re on your routine patrol and someone blows himself up next to you, you can’t trust anyone, you’re permanently on guard.

I made it back… but only in the physical sense. My mind, emotions and soul remained over there, with my team. I soon resigned from the army. I had no family back in the UK, no training for a ‘normal life’. You spend your formative years being told when to work, eat, rest, sleep... then you come out to the ‘real world’ and no one tells you what to do any longer. I was lost. I had never trained to find a house, apply for a job, do a job interview… the trauma of war was still there too. PTSD is not something tangible, often not even to the sufferers; and for soldiers who are trained to give help and not to ask for it, to serve and not be served, to be strong and endure pain… well, for them it is even harder to overcome. It lurks in the recesses of your brain, causing you to hurt your loved ones, yielding to loneliness and addiction.

I was homeless for a few years. It was a dark time. But that is when our personal angel shows. My partner was my one. She basically picked me up and saved me from myself. It was not easy but we now have a lovely 5-year-old boy - the greatest drive to doing better with my life.

But things were different at Core Clapton. When I was first told about Core Clapton by my therapist, I have to admit, I was very sceptical, in fact, it took me almost a year to make the first move. I had tried other forms of manual therapy, acupuncture, but nothing really worked in the long term. Having nothing to lose, I went out of curiosity, got my first treatment with Thomas and realised the pain was no longer there... I thought ‘this is in my head, Dominic, it will come back’. But this is the third treatment and the pain has not come back. Thomas opened my eyes to a lot of things. I realised that  ‘degenerative disc disease’ was not a life sentence but a normal age-related change, that I could still exercise, fight to get better and be pain-free. I still find it hard to comprehend how after 10 years of constant pain you can get better this quick. But some things are maybe better if not explained. More people should know about this. Get off the painkillers and have a proper interaction with a professional that actually listens, believes in you and gives guidance.”